One of the first incoming calls today was from the mechanic working on the 38 Chevy. Earlier this week he said he was going to pull out the engine to solve the oil leak. Today he called to say “problem solved” the car is ready to go home - and he did not need to pull the engine! Happy news.

The morning was filled with assorted phone calls and emails. Then Doc went to school while I headed for the Landscape Architect to pick up an elevation data sketch. After that I stopped at the post office. It was deserted and the clerk was playing on his phone! Nice surprise.

No coins up to that part of the day, so I wandered a few doors down to a little convenience store. No coins there either. I bought a wreath to hang from the grille of the 38 Chevy as we drive her home. My change due was $.64, but the cashier gave me $.65. I quipped, “Maybe that will be my Penny for Today”. And then I gave him a Penny Card as his penny. That started the discussion about PennyFinders and Penny Tales. The man was so nice. I could just “feel” goodness coming from him. 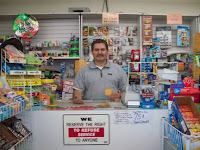 I walked out of the store saying, “Penny Angels I looked for coins as I walked in here and did not see any. Please provide one now. I would really like to share this moment with that nice man”. There was a penny! I ran back into the store to share the Joy. It was fun.

As I walked the few feet to my truck, there was another penny! I couldn’t believe it. I ran back into the store for more fun. I went back to the truck and then decided to be bold. I grabbed my camera and went into the store a fourth time. This time I asked the cashier’s name and if a photo would be OK. Ezekiel was so nice. He shared a bit about his life and how the store had somewhat fallen into his lap a few months ago. He felt “led” to be of service to the neighborhood by providing goods within walking distance for the locals. That is his current calling. Just a wonderful man 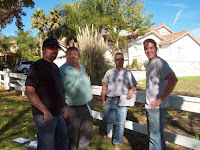 At 12:30 we met at the lot with the contactor (Daryl), grading guy, and electrician. It is becoming REAL now! Talking about the elevations, running the utility lines, placing the septic tank and so much more. Wow. 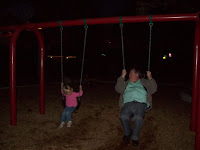 At 4 PM we picked up the nieces and nephews for our bi-weekly play time. Time in the park, (you should see Doc on a swing), time studying spelling words and reading, time driving through an older neighborhood (the kids were looking at lights while Doc and I were looking at the interesting architectural features), dinner at IHOP and then 30 minutes at Chuck E. Cheese’s entertainment center.

On our way home Doc was distraught because he had no coins for today. He stopped at the CVS Pharmacy to “check his blood pressure reading”. (Yeah, sure). We were walking in the main aisle of the store when he pointed and said, “there’s my coin”. I did not see it and almost stepped on it. He rescued the dime from being squashed.

There is so much more which happened today, but that’s enough. The papers from the Escrow company have arrived, so I need to go review those documents now.

Thought: Every person is called to “serve” in a different way. One person can provide milk at a convenience store, another can teach children, another can install septic tanks. J Each of us can make things “flow” better for the other people we encounter every day.