Today was a Roller Coaster day. I was singing (not screaming). I am wondering what we are getting ourselves into…

The realtor emailed mid-morning saying she would call around 4 p.m. By 4:09 we figured no news again today L but then at 4:10 she called and said the bank had signed, we are heading for escrow, the lot will be ours. J

The soils Engineer reviewed the parcel and says things look fine, he has done reports on a dozen houses in that neighborhood and it should be simple to write up the analysis for this lot.

The surveyor has responded and we will meet with him in the next few days.

We called the retired contractor across the street (the guy who helped us measure the lot last week) to tell him (or warn him) that we might be his new neighbors. He has Chihuahuas even smaller than ours. He must be a good guy!

Several other calls as well… Things are looking quite positive.

On to the Important Stuff - Penny Tales!

This morning Doc, Mandy and I had that phone meeting with the “Advancer” to discuss opportunities for Penny Finders. It’s exciting. She told us about one of her contacts with whom we might be working. This guy used to throw pennies out, but then had a CHANGE of heart and now collects the Wheat pennies he finds and SHARES the others with people. Wheat coins are rare. Keep that in mind as this day progresses …

I hadn’t seem my mom for several weeks, so on our way to work, we stopped for a few minutes to set her rat trap and to drop off some food. Then we headed for Starbucks. We were

on a major street, in the left turn lane and Doc was checking out the median for coins. “Nothing on my side”. So I looked out my window. There was a dime! This is a major 3-lane street with morning traffic, yet there were no cars in the lane next to us! What are the odds? Why would a dime be there? So I rescued the poor battered coin (see picture of injured dime versus OK one ). Doc said that was our payment for being nice to my mom.

At Starbucks there was no line! We got our order instantly. I barely had enough time to scoop up the quarter there. I did not see any other coins. Until Doc advanced the van and stopped nearly on top of a penny! (Coins #2&3)

At school I found a penny under the vending machines. (Coin #4) Shortly before 4 p.m. Doc came to my office so we could be together when the realtor called. He handed me a penny (Coin #5) while telling me HIS STORY : “I was buying coffee at one machine. I was ‘nudged’ to check the coin return of the machine next to it. There was a penny in there! But coffees are 75¢ and the machines only take quarters or dollar bills. There is no reason for a penny to be in that machine. AND it was a Wheat Penny!” Remember the morning phone call? Is this an omen to work with this new contact? Was this an encouraging sign with the pending property purchase? This is almost scary!

5 PM. Doc called back from his office. He was walking past an empty, classroom and was “nudged” to go inside. There was a penny under the seats in the corner. (Coin #6). That is TWO Angel nudgings for Doc today and he is listening!!!! Wow.

On the way home Doc insisted upon stopping at Lowe’s so he could walk more steps and I could get supplies for the cabin. I did order the cork flooring for the cabin today and it should arrive next Monday. That installation will take several days next week. 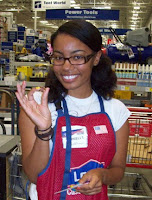 There were no cars at the KFC drive up window so instead of going straight into Lowe’s, I did a quick detour and was rewarded with a quarter. (Coin #7) When finally in the store, I found a penny at the check out lines before we started shopping. Then two pennies at the Contractor’s area. I spotted one of the pennies from about 15-20 ft away and asked Danielle, the cashier if I could get it. She could not see it. I pointed to it. She still did not see it. I again showed her and then let her retrieve it. That was fun. Talk about generating smiles! And then I picked up the other penny next to that first one! J (Coins #8-10).

While driving home we noticed that the Carl’s Jr. line was empty. Detour. Penny Fever. One penny there. (Coin #11). I thought Doc would stay in the car while I did a quick penny check. He hopped out and started hiking the parking lot! So I did too. I found a penny where I had just walked. (Coin #12). Asphalt Mushroom.

Both the New House and Penny Finders are moving full speed ahead with the Angels navigating. Doc and I are the deckhands trying desperately to keep up with all the major operations of the ship. And several of you are offering or performing various services below deck to keep this ship on course. For that we are grateful. Hope you will continue sailing with us.