In 2014 the Penny Angels continued with their antics.  Usually they were playful, sometimes mischievous, sometimes more serious.  They provided 3,166 U.S. coins, 64 Aussie coins while we were Down Under, numerous other international coins, some paper money as well as some tokens.

Once again Doc and I found coins EVERY day of the year -- while we were in the States. There were a few days in the Australian desert regions where I guess we were too remote for the Penny Angels to find us.  Plus, there are no 1¢ coins used in Australia, so that made it a bit difficult to find any! 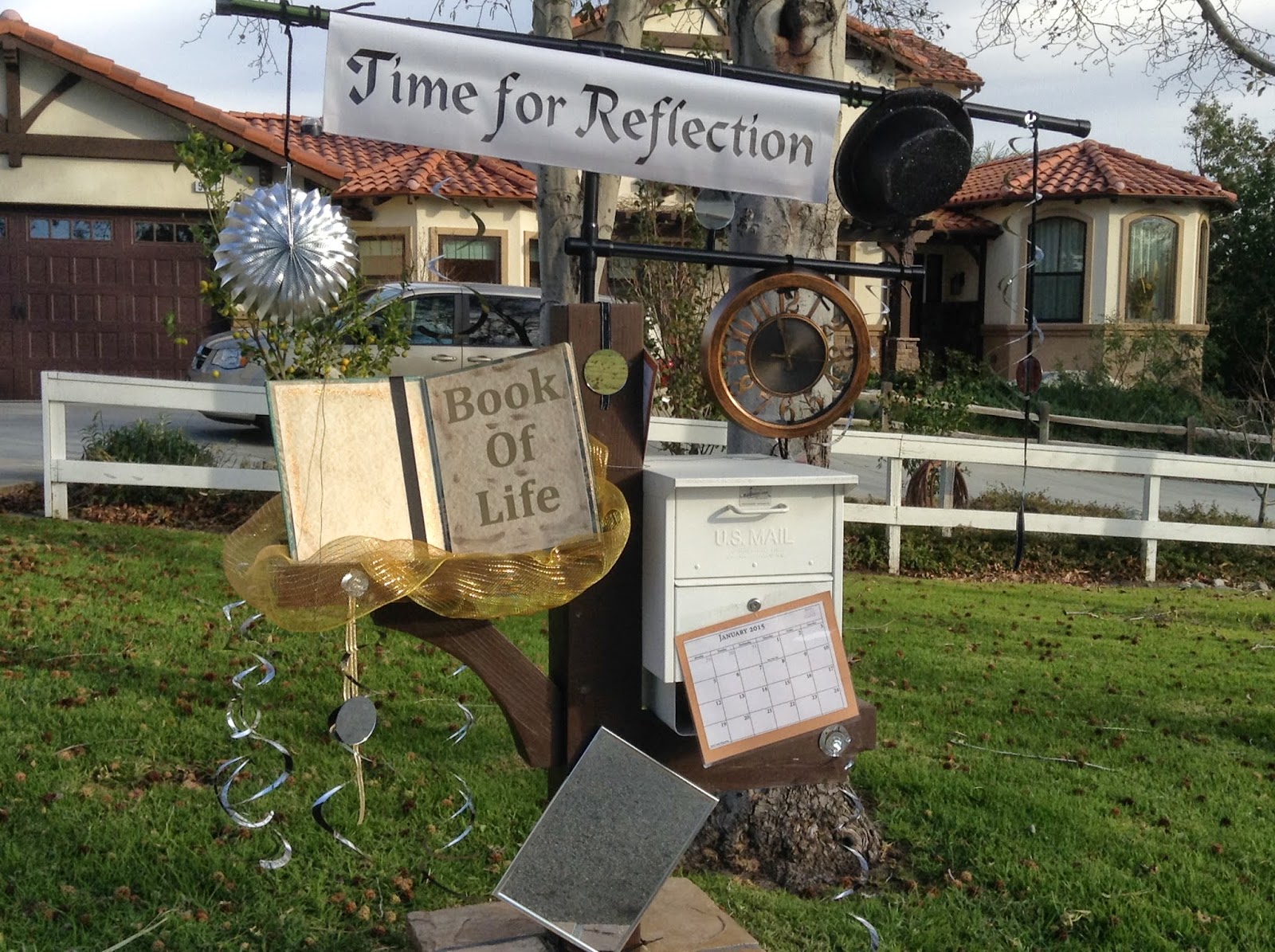 Here is a photo of our mailbox at the Penny Palace – a reminder for bypassers to Reflect on how they want their names entered in the “Book of Life”.

As you look forward today, what would you like to see Reflected on your list at the end of 2015?